Recently I had to refuse a treatment to a client. In the semi permanent makeup and medical tattooing field this happens every so often. Reasons can vary from the client's health suitability to request which the technician doesn't agree to fulfil. I usually screen the suitability in advance (medical conditions/ other contraindications) so I rarely get any surprises on the day....

I had this lovely lady coming to see me for her eyebrows on a recommendation from someone else who had a treatment with me.

She was in her 50's and had been getting permanent makeup done since the 1990's and as you can imagine with the pigments or even inks used then, there is still a heavy colour residue in her eyebrows. She also told me that the only style available then was to have it in a block colour. The last time she had them refreshed was about 2.5 years ago. They are a strong block pink (I'm not joking!) and she needed proper correction work or removal.

She wanted them to look natural and blonde and to have hair strokes rather than block.

During her consultation I went over her options: laser removal to lighten the pigment or corrective work, which could take a few sessions and would require going through the stages.

She didn't like the idea of a laser so we moved on to discussing the corrective work in further detail.

When I outlined the process she decided that she didn't like the sound of having the colour correction and insisted that without addressing the issue of the pink colour, I should create blonde hair strokes over her block pink eyebrows.

I explained again that the pink background would still be strong and prominent if not addressed. The client still insisted for me to just apply the blonde strokes over it.

Since we couldn't agree on the treatment plan and since I knew that without a colour correction I can't achieve a good result, I had to tell her that perhaps she needs some time to think about it or maybe see some another technician for a second opinion.

I don't provide mediocre treatments and I don't agree to treatments that are against my professional opinion.

The moral of this story is, we sometimes have to say no, for a better good of the client even if that's not what the client wants to hear. 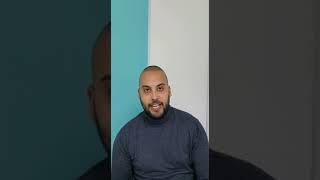 I love getting reviews from clients!

The Top Benefits of Scalp Micropigmentation

7 Questions to Ask Your Scalp Micropigmentation Artist Before Treatment

All you need to know about Scalp Micropigmentation.